Home
>
News
>
Blog
>
Anyone with lungs can get lung cancer

Anyone with lungs can get lung cancer 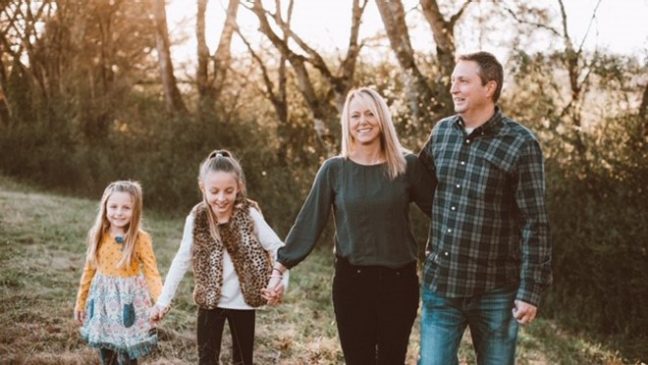 Some cancer diagnoses come with the extra burden of stigma and incorrect public perception. Not everyone who gets lung cancer has been a smoker, and it’s never fair to assume what anyone’s history has been. This is a powerful personal blog from a lung cancer survivor in the US named Amanda Nerstad. Her story was first published on the MD Anderson website https://www.mdanderson.org/publications/cancerwise/survivor–anyone-with-lungs-can-get-lung-cancer.h00-159300678.html

Survivor: Anyone with lungs can get lung cancer

Cancer does not run in my family, so when I was diagnosed with stage IV lung cancer in September 2016, it came as a complete shock. I was a healthy and active 38-year-old wife and the mother of two young girls.

Since then, I’ve learned that anyone with lungs can get lung cancer. I’ve also learned how important it is to find a doctor and a medical team that you trust. I wanted people around me who were committed to finding a cure for my disease through research. And I found that at MD Anderson.

I had very few symptoms before my lung cancer diagnosis. I felt some pressure in my chest, but I assumed it was related to stress due to a recent move. I thought returning to a regular fitness routine would help me feel better. I went for a jog in my new neighborhood and to my surprise, I felt unusually out of breath.

I assumed that I had a virus, or possibly walking pneumonia, so I went to a local walk-in clinic. The doctor there took an X-ray of my chest and told me I had a collapsed lung and needed to go to an emergency room right away. I spent four days in the hospital, where I underwent tests and had fluid drained from around my left lung.

I was told I most likely had ovarian cancer, due to an enlarged cyst on one of my ovaries. (We found out later that its size was within the normal range and had nothing to do with my symptoms.) My husband and I left that hospital with more questions than answers.

The next day, a friend recommended we go to another local hospital to seek answers. I still had fluid around my lung that needed to be drained. After more tests, the doctors recommended an exploratory surgery. When I woke up from the surgery, my family was visibly upset.

The surgeon had told them I had stage IV adenocarcinoma: a type of lung cancer. I had a mass in the upper left lobe of my lung, another in the lower left lobe, and nodules in my chest and belly. My prognosis was not good.

My first question was how much time I had left. The surgeon said two weeks to nine months.

The oncologist wanted to do genetic testing on the tumor, saying it might change our treatment plan. We waited two long weeks for the results. Ultimately, I tested positive for ALK, a genetic mutation linked to lung cancer.

My husband and I knew we wanted to get the best care possible and set up an appointment at MD Anderson. We immediately made plans to fly to Houston to meet with our new doctors.

Why I came to MD Anderson for lung cancer treatment

At MD Anderson, we met with Dr. Vincent Lam. The first thing he told us was not to give up hope. He said that his job was to keep me alive until a cure was found and he needed me to stay strong and keep fighting. Then he recommended a drug called crizotinib, one of the first targeted therapies developed for ALK-positive lung cancer.

We felt really comfortable with Dr. Lam and trusted his expertise. He agreed to partner with my local oncologist in Knoxville. That’s when my husband and I started calling them our medical “A-Team.” They communicate with each other and work together to ensure that I get the very best treatment.

I started taking crizotinib twice daily. And though it

kept my cancer stable, I felt very nauseous, and was exhausted all the time. I kept getting sick because my white blood cell count was so low.

Dr. Lam suggested switching to a new targeted therapy drug called alectinib. He said new research indicated there was a strong possibility this new drug would prevent cancer from spreading for a longer period of time. We trusted Dr. Lam, so we got our local oncologist onboard. Within just a few days of starting alectinib, I began feeling normal again. I had my energy back, was able to exercise, and could play with our daughters.

The best part was that the new targeted therapy made all of my cancer disappear. I was referred to radiation oncologist Dr. Daniel Gomez for a suspicious spot in my chest, but our medical team advised me to wait six weeks before starting radiation therapy, and alectinib took care of it.

I have been taking my alectinib pills twice a day for over two years now. The only side effects I’ve experienced are some sun sensitivity and achy feet in the mornings. But once I get moving, the pain goes away. I return to MD Anderson every 90 days for my scans and appointment with Dr. Lam.

Eventually, my lung cancer will build up resistance to this drug. My “A-team” has a plan in place for when that happens. As of right now, the results are wonderful. I’ve had what’s called a complete metabolic response — and I’ve shown no evidence of disease since November 2017.