Home > About us > About Solaris > Founder Dr David Joske 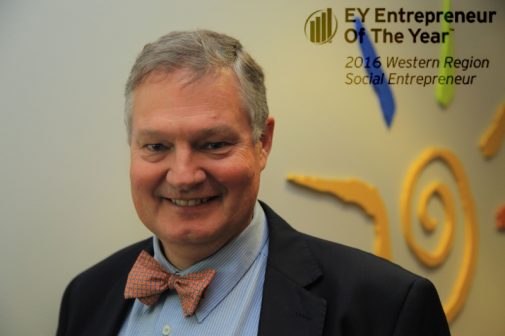 Graduating from UWA in 1983 with a Bachelor of Medicine and a Bachelor of Surgery, Dr David Joske, now a Clinical Haematologist and Medical Co-Director at Sir Charles Gairdner Hospital has devoted his career to cancer care and helping those with the disease.

In 2001 he established Solaris Cancer Care, a dedicated service offering support to cancer patients, and in 2016 was named EY’s (WA) Social Entrepreneur award for this work.

Professor David Joske was Head of Haematology at Sir Charles Gairdner Hospital from 1994 to 2012 and remains very active in clinical practice and research. Dr David Joske is a Clinical Professor of Medicine at the University of Western Australia and senior Haematologist at Sir Charles Gairdner Hospital. His research and clinical work focuses on the role of supportive care in the management of cancer.

Dr Joske is a leading expert in the field of integrative cancer care, influencing its mainstream development across Australia. He remains committed to exploring the value of complementary integrated therapies in counteracting adverse side effects experienced by people living with cancer. His clinical and research interests include the treatment of lymphomas; palliative care in Haematology; and supportive care in cancer.

He is a UWA Clinical Professor of Medicine; was the Haematology sub-editor for the Internal Medicine Journal 2002-2009; and has published 75 peer-reviewed publications plus three book chapters. He launched the SolarisCare Foundation in September 2001 and currently serves as its Chairman and Chief Medical Officer. He is the Lead Clinician for the WA Cancer and Palliative Care Network Survivorship Collaborative Network. He was awarded the John Curtin Medal in 2005 and has been a finalist four times for Western Australian of the Year. He plays guitar in a blues band and sometimes busks for Solaris Cancer Care.

“DJ is known to me as The Saint. He is inspirational and a visionary” - Justin Langer