Research and Development (R&D) are integral components of Solaris Cancer Care. From the earliest Solaris research published in 2002, the research team has been incremental in combining recommendations from all research done at Solaris with the latest evidence in complementary and integrative therapies, to foster the promotion of supportive cancer care for patients, their families and the wider community.

Our latest research project to improve Solaris’s knowledge about supporting and assisting future cancer patients, was looking at the levels of empowerment and distress. From March to November 2019, over 100 participants from Perth and country WA filled in an online survey. With a wide age range, respondents were from all walks of life, with a variety of cancers, timeline and treatment. The questionnaires provided us with valuable information that will increase our understanding of the concepts of empowerment and distress and will be used to improve the supportive cancer care of future patients. So thank you once again for your important contribution. We will share the results once they are available.

The Solaris Collaborative Research Team (CRT) is a multidisciplinary group of health clinicians and researchers with a variety of interests and expertise, who meet regularly to drive the Solaris research agenda in the area of Supportive Cancer Care.

The CRT is co-chaired by Professors David Joske and Anne Williams. 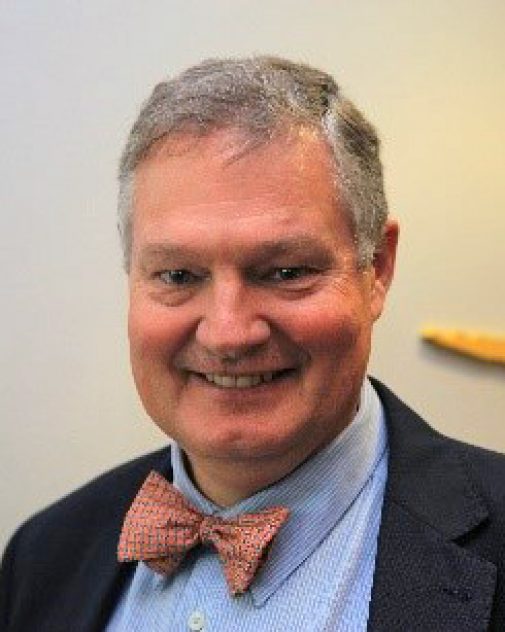 David Joske is a clinical haematologist at Sir Charles Gairdner Hospital (SCGH), and was Head of Haematology 1994 – 2012. He is presently a clinical haematologist and Medical Co-Director of the Medical Specialties Division at SCGH. He obtained the Fellowship of the Australian College of Health Service Management in 2017. His clinical and research interests include the treatment of lymphomas and supportive care in cancer. He has held two NHMRC Grants, is a UWA Clinical Professor of Medicine, has published over 75 peer-reviewed publications and given a TED talk on “Re-humanizing Cancer Care”. He founded Solaris Cancer Care in 2001, and was WA Social Entrepreneur of the Year 2016. He has been a finalist four times for Western Australian of the Year and plays guitar in a blues band. 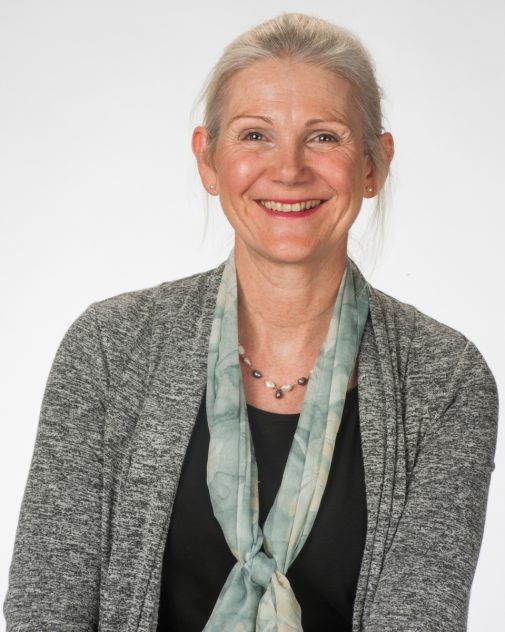 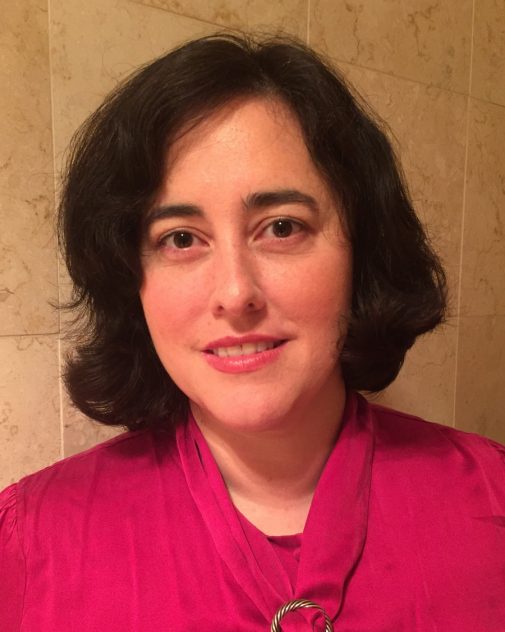 Dr Kellie Bennett (PhD, MPsych, GradDipEd, MAPS) is in the Division of Psychiatry at The University of Western Australia where she undertakes research, teaching, manages staff and supervises students. Dr Bennett’s current research interests include: mental well-being, psycho-oncology and medical education. Dr Bennett also provides statistical support to a range of research projects in the area of substance use. In addition to a wide range of publications in peer-reviewed journals, Dr Bennett has co-authored a statistical textbook for health research entitled “SPSS Statistics: A Practical Guide” which is currently in its 5th edition and has sold over 14,500 copies to local and international health researchers and universities. 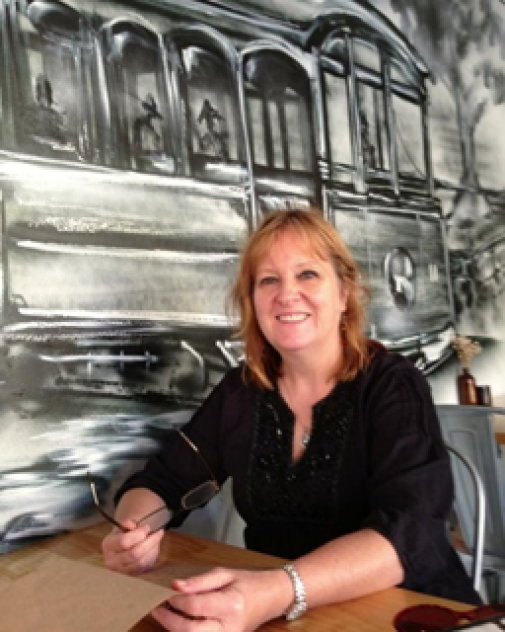 Associate Professor Caroline Bulsara is an academic qualitative researcher in the Institute for Health Research and is postgraduate by research coordinator for the School of Nursing & Midwifery at the University of Notre Dame.Caroline works across WA universities and hospitals to build health research capacity in a number of health related areas. She was inaugural research centre manager for a large WA based not for profit organisation for a period of 3 years and has a strong interest in community and consumer participatory research. This includes expertise in working with disadvantaged and marginalised populations by working on several consumer and community directed studies. She is strongly committed to the giving a ‘voice to’ and enabling the wellbeing of all community members through research and also works with a number of community organisations. She completed her PhD in the area of cancer patient empowerment at the University of Western Australia in 2008. The study included the development of Patient Empowerment Scale using Rasch Modelling which is being used in a number of studies both in Australia and overseas. She is currently the Patient Reported Outcomes Measures (PROMS) qualitative investigator with the Continuous Improvement in Care Cancer (CiCC) program funded by the Cancer Research Trust for a five year period. This program seeks improve outcomes for patients through creating better information sharing mechanisms about what is important to cancer patients and their caregivers. 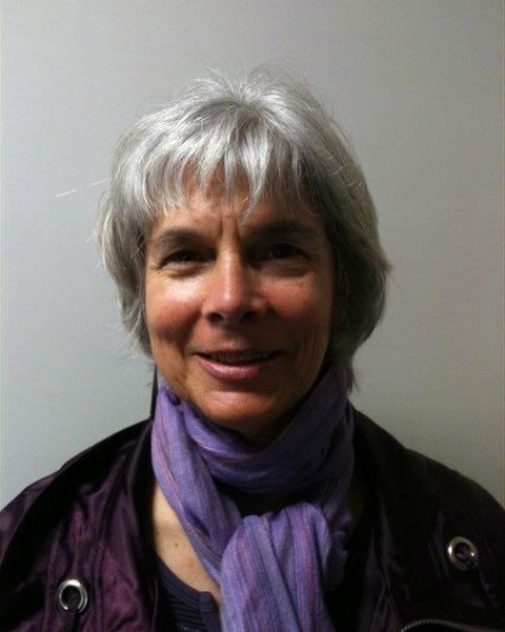 Céline is a Health Research Officer in the Discipline of Nursing at Murdoch University. She is responsible for carrying out research under the direction of the Professor of Health Research, including the day to day management of the Solaris Collaborative Research Team (CRT).
Her background includes a Post Graduate Diploma in Primary Health Care and a Master of Medical Sciences looking at various biopsychosocial aspects of the lives of a group of Hodgkin’s disease survivors in Western Australia. She has extensive qualitative and quantitative research experience, particularly in psychosocial research with cancer and palliative care patients & their carers. She has worked at local, national and international levels. She is a Consumer Editor with the Cochrane Haematological Malignancies Group. 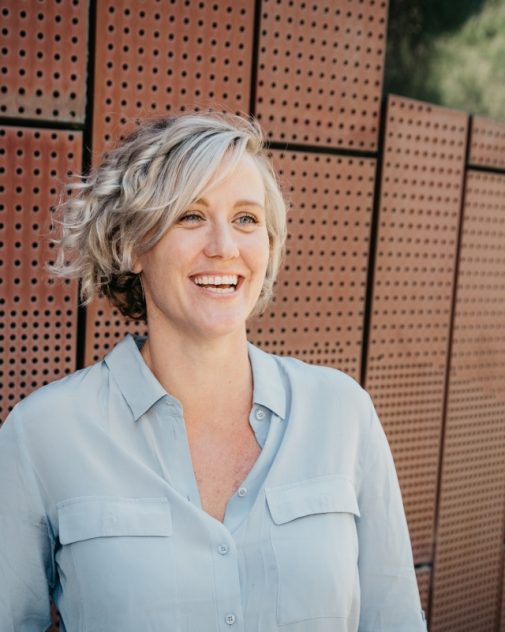 Bonnie is an early-career (ECR) teaching and research academic within the School of Human Sciences at The University of Western Australia (UWA). In addition to her academic role, she also maintains a clinical service role as an Accredited Exercise Physiologist (AEP) at Fremantle Hospital Mental Health Service and director of not-for-profit Thriving – “Building Strong and Healthy Young People through Exercise”. She is heavily involved in the teaching and training of postgraduate students working towards attainment of accreditation as Exercise Physiologists (allied health), and course coordinator of the Masters of Clinical Exercise Physiology at UWA. Broadly, Bonnie’s research and clinical work to date has provided novel contributions to the role and implementation of exercise for physiological and/or psychological outcomes in populations with unique needs including children and youth, cancer, and mental health disorders. In addition to peer reviewed publications, Bonnie is highly active in the translation and dissemination of research into practice including regular presentations at research, service and community forums, and the management and delivery of community-based exercise services for ‘at-risk’ and/or under serviced groups. Alongside her role in tertiary education, including supervision of doctoral and research students, she is active in professional education including national and international delivery of professional development courses, and her role as an educator for both standard and youth Mental Health First Aid. Her commitment to service delivery, translation and dissemination of research into practice is further evidence by her long-standing roles with ESSA including Chair of the national Exercise Physiology Advisory Group and Children’s Pre-Exercise Screening Committee, and a member of the Clinical Exercise Education Group. 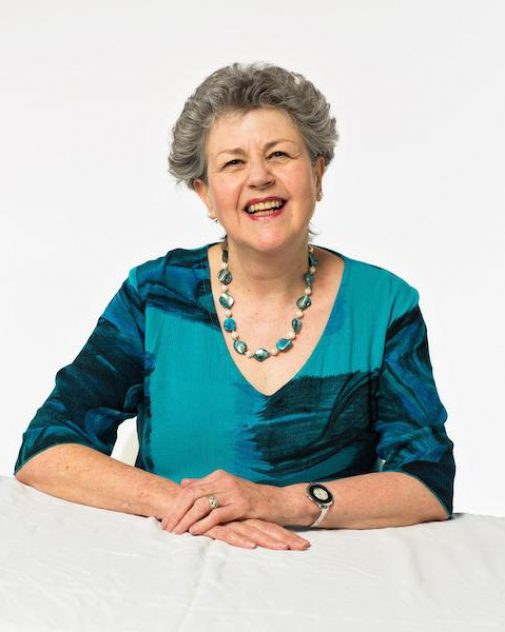 Janni Goss( B.App.Sci.Physio) is a speaker, wellbeing educator and author, having worked with both children and adults, including at Princess Margaret Hospital and the Cottage Hospice. Janni is a Laughter Yoga practitioner and Ambassador for Laughter Yoga International, trained by Dr Madan Kataria, and is known as the ‘Laughter Lady”. Janni shares stress reduction and wellbeing strategies at Conferences and health and education events and is the author of “Love Laughter and Longevity – the Art and Science of Wellbeing” (2017) Janni is the creator of the JelliTime game and author of “The Nurturing Kids Kit” (2013). Janni advocates for adding the benefits of Laughter Yoga to the Health and Ageing sector to improve the wellbeing of staff and patients. She is a member of the Australian Physiotherapy Association, Australian Association of Gerontology, Western Australian Association for Mental Health, Early Childhood Australia, and Early Childhood Intervention Australia. Janni is the president of LaughWA Inc and the advisor for Ageing, Disability and Mental Health for the National Council of Women WA (NCWWA). 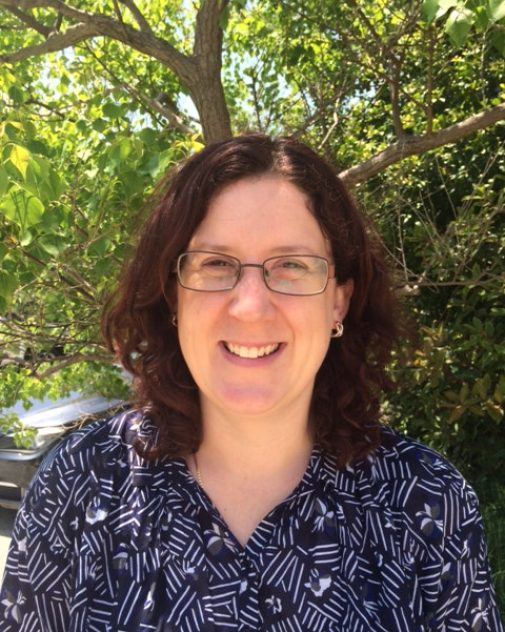 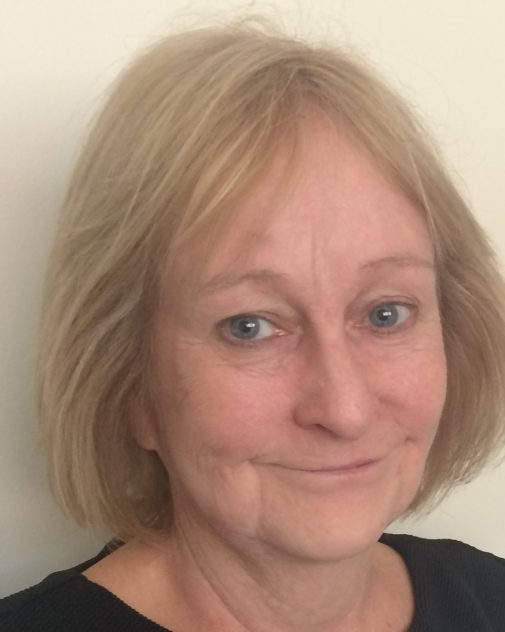 Associate Professor Moira O’Connor is a Senior Research Fellow at Curtin University, Perth WA. Moira’s program of research focuses on psychological aspects of cancer and palliative care including: palliative care family carers’ needs, the experiences and needs of children with a parent with cancer, patient distress in hospital and community settings using the Distress Thermometer, paediatric radiation therapy, bereavement risk assessment in palliative care, interventions for complications of grief including prolonged grief disorder, the role of the interdisciplinary team, and challenges facing health professionals in oncology and palliative care settings. Moira’s work has contributed significantly to our understanding of the needs of patients and family members, particularly children, who are living with cancer or are receiving palliative care. Over the last 5 years Moira has secured over 2 million dollars of funding and has published over 70 articles in quality, high impact journals, and chapters. Moira has supervised 21 PhD student projects to completion. Moira’s community engagement includes being on the local Boards of Palliative Care WA and Huntington’s WA, and being on the national Board of Palliative Care Australia. She was academic lead for the WA Palliative Care Research Collaborative and she is currently Director of Graduate Research in the School of Psychology, Curtin University. 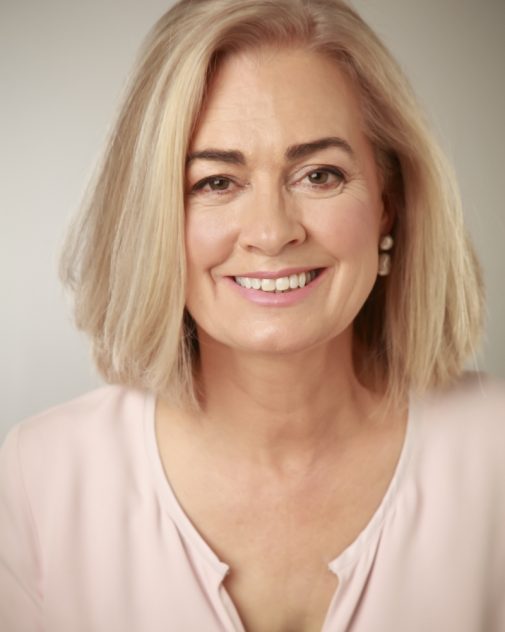 Associate Professor Susan Slatyer is a nurse researcher and educator in the Discipline of Nursing, College of Science, Health, Engineering and Education (SHEE) at Murdoch University and holds adjunct positions at both Curtin and Edith Cowan Universities. Susan has two main research areas: nurse wellbeing and aged care (especially in relation to dementia and family caregivers). She has been instrumental in trialling interventions to sustain cancer nurses’ physical and emotional capacity to care; and to prevent compassion fatigue in acute care nurses; and. She is currently an investigator on an NHMRC funded trial being conducted at Sir Charles Gairdner Hospital to evaluate an innovative post-discharge nursing intervention designed to sustain family members of older patients in home-based caregiving. In 2016, Susan was named WA Nurse of the Year and winner of the Excellence in Research award in the WA Nursing and Midwifery Excellence Awards. 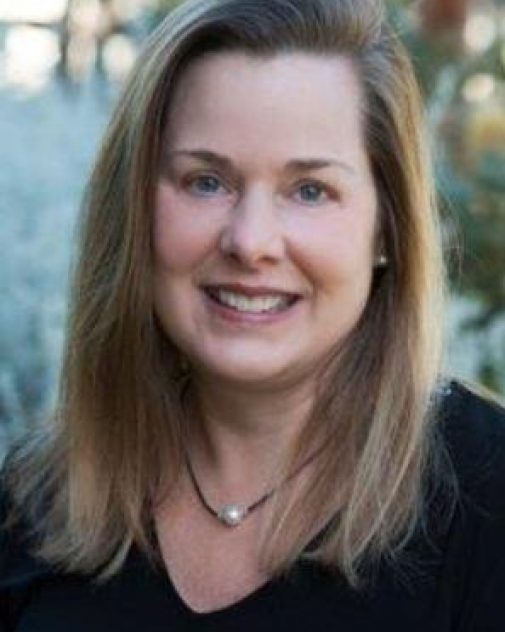 Dr. Deborah Kirk, DNP, FNP-BC, NP- C, AOCN, FAANP – Associate Dean and Associate Professor in the School of Nursing and Midwifery at Edith Cowan University, Western Australia. She received her BSN in 1995 and MSN in 1999 from Troy University and her Doctor of Nursing Practice (DNP) from the University of South Alabama in 2007. She has practiced for more than 20 years as an oncology nurse practitioner in various inpatient and outpatient settings. Her current work is expanding cancer/palliative nursing and nurse practitioner education in Western Australia and in parts of sub-Saharan Africa. Additionally, she has developed and expanded a mobile application for cancer resources for community resources locally in Alabama, USA to help fill a gap identified in the clinical setting. Dr. Kirk has published her work in various journals including the Clinical Journal of Oncology Nursing and the Journal of Pediatric Nursing, as well as chapters in the Clinical Manual for the Oncology Advanced Practice Nurse, Core Curriculum for Oncology Nursing (5th ed.) and Diseases of the Breast (5th ed.) medical text book. Dr. Kirk is a recognised leader among the oncology community both locally, nationally and internationally. She is the immediate past president of the Oncology Nursing Society Foundation (2016-17) and served on the Oncology Nursing Society Board of Directors as Director at Large (2012-15). Her recent awards include the 2015-16 American Association of Colleges of Nursing Excellence and Innovation in Teaching; the 2016 American Cancer Society Lane Adams Quality of Life Award; and in 2017 she was inducted into the American Association of Nurse Practitioners as a Fellow (FAANP). 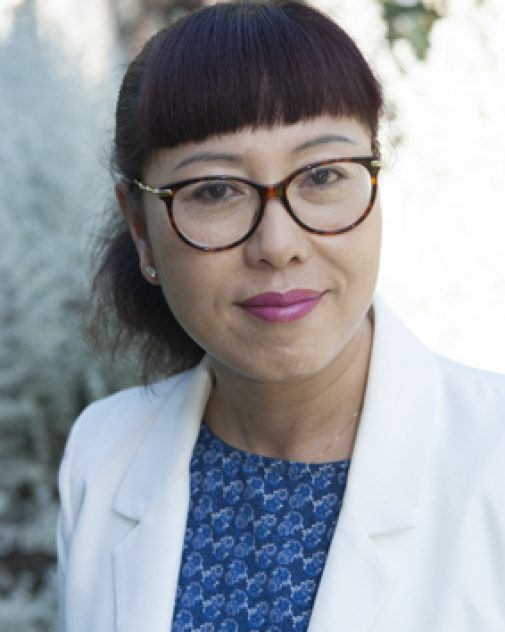 Carol is a Registered Nurse (RN) in China, Singapore and Australia, and has over 26 years’ nursing experience. She is also learning to become a Registered Acupuncturist in Australia. Carol’s career began in China where she worked as a RN for eight years, followed by a further eight years at the National Kidney Foundation and Gleneagles Hospital in Singapore. She moved to Perth and held positions at St John of God, Royal Perth and Sir Charles Gairdner Hospitals as a Registered Nurse, Staff Development Nurse, Diabetic Educator, and Clinical Nurse before beginning her lecturing career at West Coast Institute and finally at ECU. 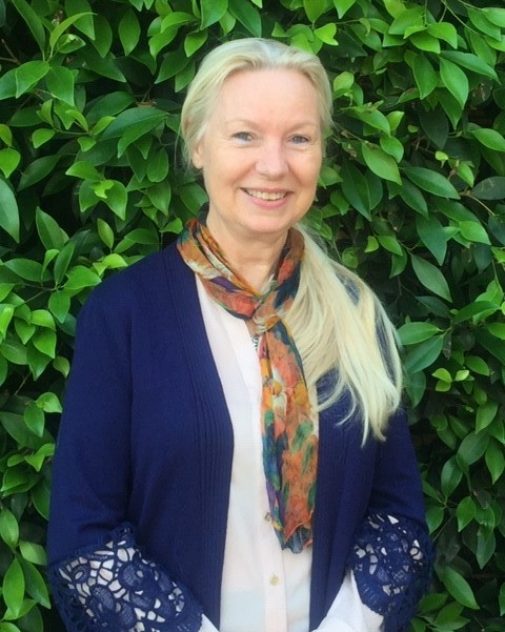 Patricia Williams has been in the medical industry since 1977. She has a Bachelor of Nursing Degree and currently works as a Registered Nurse at Royal Perth. Patricia also has a Diploma in Yoga Teaching and was the Director for Pranic Healing in UK, Ireland and Western Australia. She is a Senior International Instructor and currently the Vice President for the Pranic Healers Association of WA.

Find a Support Centre near you