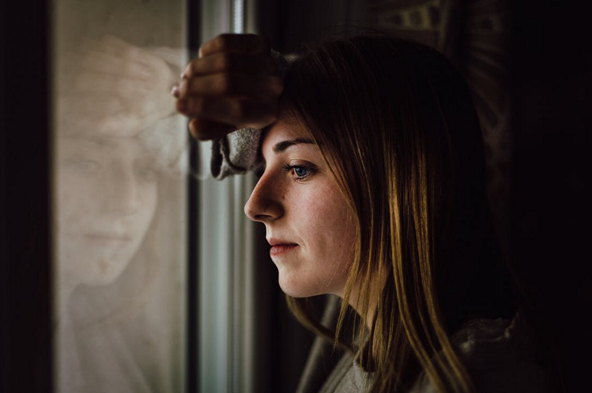 Often dubbed “the silent killer”, ovarian cancer has the lowest survival rate of any women’s cancer, taking an average of 32 weeks to diagnose. It is difficult to detect ovarian cancer early because the symptoms can be vague or are similar to other illness, but it can be done if you pay attention to your body and take actions like these women did.

Rosemary trusted her intuition and acted on it which may have saved her life. When she did not feel better after having had her appendix removed, she kept questioning her condition even though she was told that it can take up to a year to feel better. When her pain got worse and her doctor did not take it seriously, she refused to accept her conclusion and demanded answers. Rosemary insisted on having a scan done, which led to her ovarian cancer diagnosis.

Suzie knew her doctor was wrong when she was told that her stomach pain was due to her Irritable Bowel Syndrome (IBS). As the pain felt somehow different, she trusted her instinct and pushed for answers.

Even though she just had her annual physical exam 3 months earlier and was given the all-clear, Linda took note of her early symptoms and decided to get herself checked again. Her doctor saw that “there’s definitely something there that wasn’t there 3 months ago”, and surgery led to a diagnosis of clear cell ovarian cancer.

It also pays to be persistent. Ms. Tener had her first CA 125 exam after she became insistent that she wanted to remove her IUD and that menopause wasn’t the right diagnosis for the pain she was experiencing in her lower pelvis. Even though the doctor told her to ignore it, she advocated for herself to convince him to let her have the test. Her GP grudgingly referred her to a gastroenterologist who later would diagnose her with Stage 3 ovarian cancer from a simple CAT scan. Ms. Tener’s advice is to be resolute in what you believe and advocate for yourself.

You don’t need to wait until you are in pain or feeling unwell before seeing your doctor about symptoms. Paula had some symptoms but was feeling really well apart from some tiredness. She decided to visit her GP even though she was not in pain, and is so grateful that she did it so soon.

It helps to pay attention to the urging of others too. Victoria knew something was wrong and consulted a few different doctors when she started having digestive issues. She then noticed her dog behaving strangely, sniffing her and making eye contact as if trying to tell her something. Victoria believes her dog urged her to listen to her body. She told her doctor about her dog’s behaviour in addition to her symptoms, which led to an internal ultrasound and her diagnosis of ovarian cancer.

Catherine has been volunteering with Peter MacCallum Cancer Centre since 2017, and joined Solaris Cancer Care as a blog writer in early August 2020. She cared for her father and her husband with cancer, and the experiences changed her life. Catherine developed a passion for researching all matters relating to cancer during her husband’s fight, and is keen to continue building on her knowledge and using it to help others.