How Disney Movies Can Help You During Gynaecological Cancer Treatment 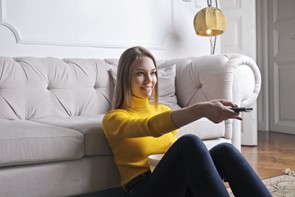 When we think of Disney movies, we think captivating tunes, fascinating characters and happy endings. That’s why they’re often the go-to option for a movie night to satisfy everyone.

They seem to bring a kind of magic to the living room, but studies show they may be particularly beneficial for cancer patients. In particular, it is suggested that Disney movies can improve the quality of life for patients of gynaecological cancers – such as ovarian cancer – when undergoing chemotherapy.

For one of these studies, published on the National Centre for Biotechnology Information, 25 participants were shown Disney movies during 6 cycles of chemotherapy, while another group, also with 25 participants, were not shown the movies. The films shown were classics, and included Cinderella, Lady and the Tramp, The Sword in the Stone, Mary Poppins, The Jungle Book, Aristocrats, Robin Hood and The Little Mermaid.

Afterwards, the patients were asked to complete a questionnaire that would determine the results. It is reported that, when answering questions about emotional functioning, the Disney group ‘felt less tense and worried less’ than those who had not watched the movies.

However, there also seems to be physical benefits, with there being ‘fewer fatigue symptoms’ in patients in the Disney group.

It’s interesting to consider why these fun-filled movies are a sort of ailment for patients undergoing chemotherapy. For one, Disney movies triumph over normal music therapy when it comes to increasing quality of life for patients. The inclusion of not just memorable songs, but also engaging storylines, means patients are kept distracted for a longer period of time and have an emotional investment in the plot.

Another factor is the messages Disney movies convey, which may have a short-term effect on patients’ ‘self-perception and hope’. Key ideas that can be found within the films include the importance of ‘accepting support from friends and loved ones’ and ‘active problem-solving’, both of which may elicit positive thoughts in cancer patients.

Further, a defining feature of the movies is their tendency to end on a bittersweet note- the overarching problem is solved, but not without the protagonist having to overcome their own emotional upheaval. Whether it be a character death or a dramatic realisation, this causes the protagonist to undergo a significant change and ultimately achieve personal growth. This maturing process is something that many audience members can resonate with, and in patients, may inspire feelings of optimism.

Moreover, although the study utilised classic Disney movies, there is no reason why modern ones should not also be trialled – patients may feel inclined to watch particular movies over others, depending on how the films make them feel.